ATLANTA– The Coca-Cola Company today named J. Michael Luttig, former U.S. federal judge and general counsel for The Boeing Co., to serve as counselor and special advisor to the company and its board of directors.

Judge Luttig will advise the company and its board of directors on tax matters, with particular focus on the company’s ongoing litigation with the U.S. Internal Revenue Service. The company intends to vigorously defend its position and consider all avenues, including appealing any ultimate decision.

Judge Luttig served on the U.S. Court of Appeals for the Fourth Circuit for 15 years, from 1991 to 2006. He is one of the most distinguished judges to serve on the Federal Bench and is recognized as one of the finest legal minds in the country.

“As a former federal judge, longtime corporate general counsel, and U.S. Department of Justice and White House official, Judge Luttig has unrivaled experience with complex legal matters,” said James Quincey, chairman and CEO of The Coca-Cola Company. “Judge Luttig will provide counsel to our company as we continue to vigorously defend our position in the litigation with the Internal Revenue Service. His perspective will be invaluable on the company’s pending tax matter.”

Judge Luttig said, “I am honored to advise The Coca-Cola Company, an American icon.”

Judge Luttig provided the following statement with respect to the company’s tax case with the IRS:

“For 20 years, The Coca-Cola Company reported U.S. taxable income from its non-U.S. operations under a methodology agreed to by the IRS and repeatedly audited and approved by the IRS. In an abrupt departure from its established position long after the tax years in question, the IRS reversed its position, disapproved that approved methodology, required a new tax calculation methodology, and now seeks to impose a retroactive tax increase on the company for past tax years.

“I would expect the federal courts to appreciate the inappropriateness of the IRS’ new methodology for calculating The Coca-Cola Company’s taxes, in addition to the fundamental unfairness of the IRS’ belated demand that the company retroactively pay billions of dollars in taxes beyond those calculated and paid by the company in accordance with IRS-approved tax methodology.”

Luttig, 66, most recently served as counselor and senior advisor to the Boeing CEO and board of directors. Luttig served as Boeing’s general counsel from 2006 to 2019.

Luttig joined Boeing after 15 years on the U.S. Court of Appeals for the Fourth Circuit. Before he was appointed to the federal bench by President George H.W. Bush, he served as assistant attorney general at the U.S. Department of Justice and counselor to the attorney general of the United States. He was assistant counsel to the President at The White House from 1981 to 1982 under President Ronald Reagan. From 1982 to 1983, he was a law clerk to then-Judge Antonin Scalia of the U.S. Court of Appeals for the District of Columbia Circuit. From 1983 to 1985, he served as a law clerk and then special assistant to the chief justice of the United States.

This press release may contain statements, estimates or projections that constitute “forward-looking statements” as defined under U.S. federal securities laws. Generally, the words “believe,” “expect,” “intend,” “estimate,” “anticipate,” “project,” “will” and similar expressions identify forward-looking statements, which generally are not historical in nature. Forward-looking statements are subject to certain risks and uncertainties that could cause The Coca-Cola Company’s actual results to differ materially from its historical experience and our present expectations or projections. These risks include, but are not limited to, increases in income tax rates, changes in income tax laws or unfavorable resolution of tax matters, including our current tax dispute with the U.S. Internal Revenue Service and the likelihood of success of such dispute or any related disputes; litigation or legal proceedings; and other risks discussed in our filings with the SEC, including our Annual Report on Form 10-K for the year ended December 31, 2019 and our subsequently filed Quarterly Reports on Form 10-Q, which filings are available from the SEC. You should not place undue reliance on forward-looking statements, which speak only at the date they are made. We undertake no obligation to publicly update or revise any forward-looking statements.

About The Coca-Cola Company

The Coca-Cola Company (NYSE: KO) is a total beverage company with products sold in more than 200 countries and territories. Our company’s purpose is to refresh the world and make a difference. Our portfolio of brands includes Coca-Cola, Sprite, Fanta and other sparkling soft drinks. Our hydration, sports, coffee and tea brands include Dasani, smartwater, vitaminwater, Topo Chico, Powerade, Costa, Georgia, Gold Peak, Honest and Ayataka. Our nutrition, juice, dairy and plant-based beverage brands include Minute Maid, Simply, innocent, Del Valle, fairlife and AdeS. We’re constantly transforming our portfolio, from reducing sugar in our drinks to bringing innovative new products to market. We seek to positively impact people’s lives, communities and the planet through water replenishment, packaging recycling, sustainable sourcing practices and carbon emissions reductions across our value chain. Together with our bottling partners, we employ more than 700,000 people, helping bring economic opportunity to local communities worldwide. Learn more at www.coca-colacompany.com and follow us on Twitter, Instagram, Facebook and LinkedIn.

James Quincey is Chairman and CEO of The Coca-Cola Company. Quincey, who first joined the company in 1996, has held a number of leadership roles around the world. He became CEO in 2017 and Chairman of the Board in 2019.

Quincey is leading Coca-Cola in its continuing evolution as a total beverage company. Coca-Cola is a growth company that provides brands and beverages that make life’s everyday moments more enjoyable, all while doing business the right way. The result is shared opportunity for communities, customers, employees and shareowners.

Before becoming CEO, Quincey served as President and Chief Operating Officer of the company from 2015 to 2017.

From 2013 to 2015, he was President of the company’s Europe Group. Under his leadership, the group expanded its brand portfolio and improved market share. Quincey also played a key role in the creation of Coca-Cola European Partners, one of the largest independent Coca-Cola bottlers in the world. Quincey served as President of the Northwest Europe and Nordics business unit from 2008 to 2012. This role included leading the acquisition of innocent juice in 2009.

Quincey joined the company in Atlanta in 1996 as director of learning strategy for the Latin America Group. He went on to serve in a series of operational roles in Latin America, eventually leading to his appointment as President of the South Latin division in 2003. He was President of the company’s Mexico division from 2005 to 2008, where he led the acquisition of Jugos del Valle.

“We’re building this business for the next century, not just the next quarter.”

Prior to joining Coca-Cola, Quincey was a partner in strategy consulting at The Kalchas Group, a spinoff of Bain & Company and McKinsey.

Quincey serves as vice co-chair of The Consumer Goods Forum and is a founding member of the New York Stock Exchange Board Advisory Council. He is also a director of Pfizer Inc.

Quincey, who speaks English and Spanish, received a bachelor’s degree in electronic engineering from the University of Liverpool. He is a native of Britain.

Person subject to the reporting requirements of Section 16 of the Securities Exchange Act of 1934, as amended.

“You’ll usually spot me with a Coke Zero with meals or sparkling smartwater.”

The Benefits of Fintech technology for your company

MORE AND MORE COMPANIES OFFER INNOVATIVE AND ATTRACTIVE SERVICES BASED ON NEW TECHNOLOGIES FOR THE FINANCIAL SECTOR, THE SO-CALLED FINTECH . THIS GROWTH IS DUE TO THE BENEFITS IT ENTAILS FOR COMPANIES THAT DECIDE TO HIRE THESE SERVICES. ITS USE HAS MANY ADVANTAGES OVER TRADITIONAL FINANCIAL SERVICES, REGARDLESS OF THE TYPE OF COMPANY THAT USES THEM.

THE BENEFITS OF “FINTECH” TECHNOLOGY FOR YOUR COMPANY

The  Fintech  is a revolution of the customer experience, in some cases creating entirely new services and other improving or disrupcionando existing ones. Fintech services are aimed at end customers, whether they are individuals, professionals or companies, without intermediaries.

Depending on the type of financial technological product that is used in a company, the benefits can be one or the other. But, in general, we can define several advantages that are often repeated in all fields related to fintech: 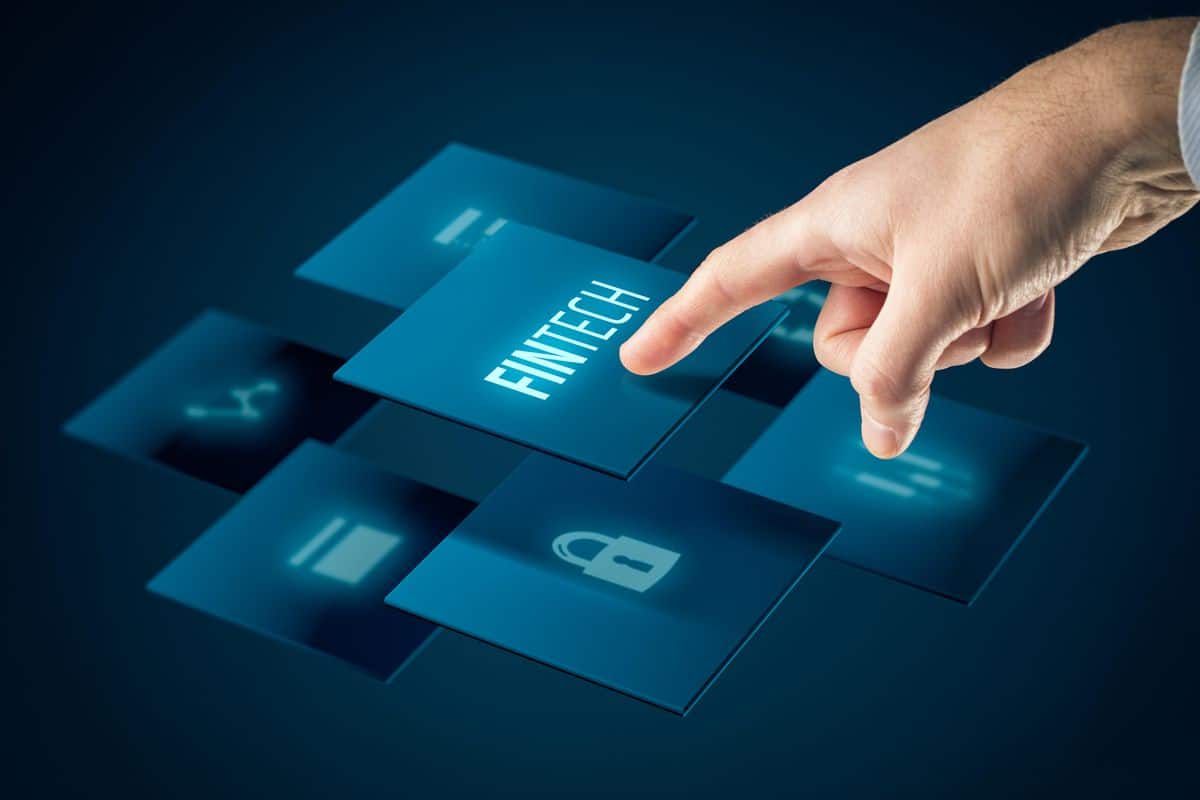 The fintech sector   ( finance  +  technology )  is booming. More and more companies around the world are choosing to use these products and services.

Do Spanish companies know the term  fintech ? Are you adapting to this new paradigm of finance? What advantages does it bring them?

In this free report we reveal the current panorama of Spanish companies as fintech applicants and users  .

This report has been produced with the collaboration of:

3. Infographic: Past vs Future of Business Finance

The financial sector is experiencing a true paradigm shift with the appearance of new solutions based on technological advances.

In order to boost the sector, the European Parliament approved the DSP2 payment directive in 2015, the effects of which are already noticeable in Spain and thanks to which it is possible to pay for tickets to concerts and events on the mobile bill.

In addition to European legislation, the Spanish one is also moving towards a new regulation of the fintech sector  , although at a forced march. In May 2017, the public consultation period for the future payment services law ended and for which companies are asking for much greater flexibility, similar to that of the Anglo-Saxon countries. In fact, the system preferred by the experts is the British one, which has developed  a test system or  sandbox  in which  companies can test their innovative business models without being subject to the usual control measures  .

However, the  sandbox  would not be completely deregulated, since it is necessary to establish certain levels of security and solvency criteria that avoid fraud and generate distrust in the sector. For these reasons, the new law should set standards for the selection of  startups  capable of operating in the  sandbox , in addition to the time period in which fintech companies   can enjoy this special area, as well as the obligations to which they would be subject. .