Ricardo Guadalupe, 47, was appointed CEO of Hublot on January 1, 2012. This appointment has made him the designated successor to Jean-Claude Biver, who in turn is now Chairman of the Hublot Board of Directors. It also represents the culmination of an entire career in the Swiss watch industry, and 20 years of loyal collaboration with Jean-Claude Biver, collaboration that has yielded exceptional results, such as the rebirth of Blancpain and the incipient development of Hublot, two brands that rival the biggest names in watchmaking. 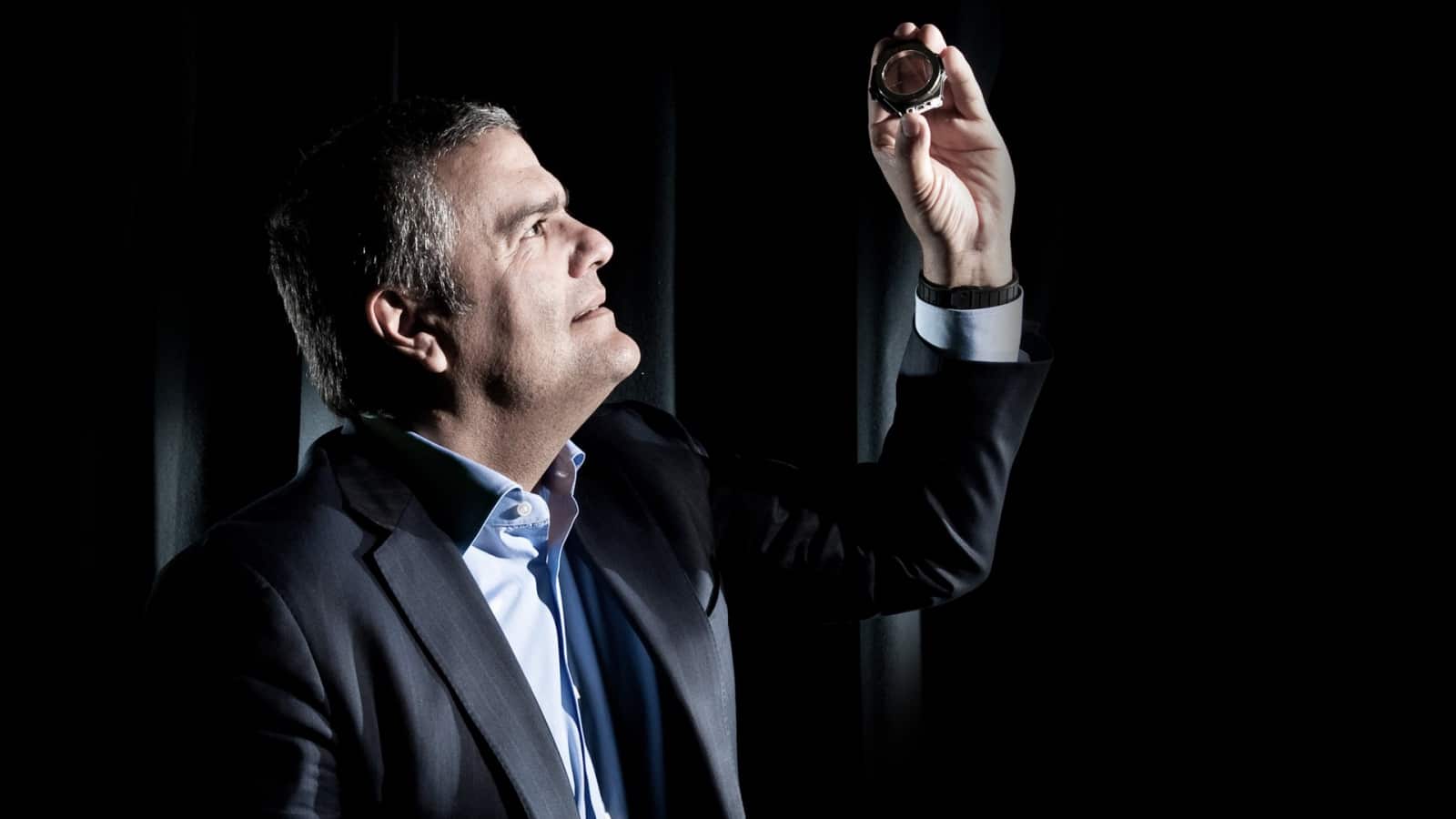 Ricardo Guadalupe, of Spanish origin, was born in Neuchâtel, Switzerland, on March 5, 1965, where he grew up, and carried out all his studies in this region known as the cradle of Swiss luxury watchmaking. After finishing his high school studies, already driven by the entrepreneurial spirit at that time, he decided to study at a Swiss Business School, before moving to California, United States, to take a course at the University of Los Angeles (UCLA). In 1988, at 22 years of age and with a university degree and a successful experience in the United States behind him, he decided to return to Switzerland to start his professional career. He chose the field of watchmaking, a passion that he had nurtured since his childhood in Neuchâtel. 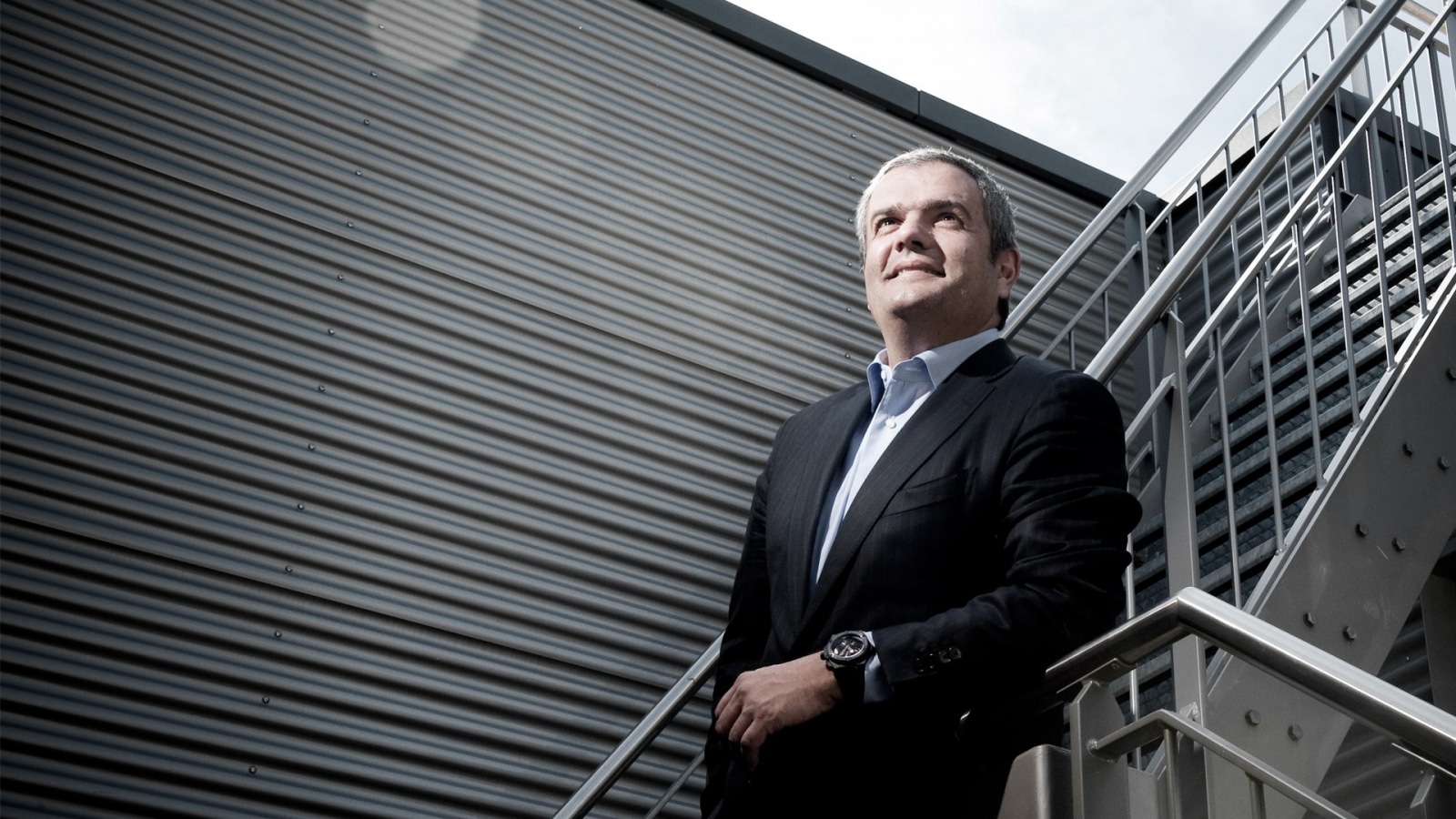 His first steps were taken at Bulgari, as Head of Product. Already then Bulgari was a renowned company, but in terms of watchmaking it was just a small organization in Geneva. A dream opportunity to learn and address all aspects of the business: creation, design, production, acquisition, development of the distribution network, marketing … Together, these seven years allowed him to understand the product and the traditional aspect of the profession, and develop at the same time an aesthetic sensibility for design and creation, essential for the “Italian touch”. This allowed Ricardo Guadalupe to play a role in the development of the group’s future activities and its strategic move from Geneva to Neuchâtel.

In 1994, after a meeting with Jean-Claude Biver that would be decisive for his career, he encouraged him to join his Blancpain team. The brand had been acquired two years earlier by the Swatch Group. A rebuild process was required to restore functionality. The adventure promised to be exciting, and it represented a new opportunity for Ricardo Guadalupe to develop his entrepreneurial instincts. The experience was enriching, particularly in terms of technical knowledge about the movements, their creation, development and production. This is a key aspect of the profession. This was also the beginning of 20 years of loyal collaboration and friendship with Jean-Claude Biver. In 1997, he was appointed Director of International Sales and Marketing at Blancpain. In 2001, after eight years and more than 100 million in turnover, he left the company.

In 2001, armed with years of experience in diverse but complementary areas, and prepared to implement operating principles and high-performance work systems, he became an independent watchmaker consultant, and received an offer to develop Léonard watches. This represented the novel challenge of producing and positioning watch franchises in a new universe: fashion. He successfully launched and marketed several models in a highly competitive industry.

Three years later, in 2004, Jean-Claude Biver decided to take the reins of Hublot and called Ricardo Guadalupe to join him in this new challenge. The task at hand was extremely ambitious: in short, to revitalize the brand and launch a new development to go from a production of 90% quartz watches to 90% mechanical watches. He didn’t hesitate for a second. At that time, the brand created in 1980 had a small workforce of about 30 people and had a turnover of just 25 million Swiss francs. What happened next is well known: Jean-Claude Biver and Ricardo Guadalupe combined their talents and experience to make Hublot a success.

In just one year, in April 2005, they accomplished the incredible feat of launching a revolutionary chronograph: the Big Bang, perfectly in tune with the brand’s “Art of Fusion” concept. The watch, which was unveiled at the BaselWorld 2005 Basel Fair and received the “Best Design of the Year” award at the Geneva Watchmaking Grand Prix that same year, was an immediate success. The awards happened very quickly. Hublot received an injection of extraordinary dynamism, guaranteeing exceptional growth. Jean-Claude Biver and Ricardo Guadalupe were the engines that drove the rebirth of the brand. Taking into account its achievements, we could even speak of “birth”: firstly, the economic growth of the company, with a turnover increase in four years from 25 million to more than 200 million Swiss francs in 2008, when the brand was acquired by LVMH. But there has also been physical growth, with the inauguration in November 2009 of a new high-tech factory on the shores of Lake Geneva in Nyon, an event attended by Bernard Arnault. 6,000 m² have been devoted to the art of watchmaking, the creation and production of movements such as the UNICO, a column-wheel chronograph, and major horological complications such as the tourbillon, the minute repeater, the Antikythera movement, the Key movement. of Time, the LaFerrari (world record with 50 days of power reserve), etc. Eager to stay at the forefront of research into new high-tech materials and preserve its cutting-edge expertise, Hublot set up a foundry to produce Magic gold, a scratch-resistant 18-karat gold released in late 2011. That same year , Hublot acquired the Swiss company Profusion, specialized in the manufacture of carbon fiber components. In 2013, Hublot also presented the world premiere of a watch made of bright red ceramic.

In terms of marketing, the constancy and consistency of Jean-Claude Biver and Ricardo Guadalupe are as remarkable as their need to disrupt preconceptions. “You have to go where the potential customers are.” This strategy made him the first to bring a luxury brand to the world of football. In 2008, Hublot became the “Official Timekeeper” of the Eurocup. In another historic milestone, in 2010 the brand became the “Official Watch” and “Official Timekeeper” of FIFA and the World Cup ™ (the next in Brazil in 2014), after being chosen as “Official Watch” and “ Official Timekeeper ”of Ferrari. Two masterstrokes that gave Hublot enormous visibility on the world market.

Hublot has also created an exclusive club of friends and ambassadors that goes beyond sports, all of them legends in their respective fields, and with whom the brand collaborates closely on various charitable projects: Usain Bolt, the fastest man on the planet, the Bayern Munich, Juventus Turin, Ajax Amsterdam and Paris Saint-Germain, to name just a few in the world of football, as well as Ayrton Senna’s family with the Ayrton Senna Institute, the prestigious Oceanographic Museum of Monaco, chaired by SAS Prince Albert II of Monaco, Dwyane Wade and the NBA champion team Miami Heat, Kobe Bryant with the Los Angeles Lakers of the NBA, Maria Riesch and Dario Cologna of the ski world, or Depeche Mode and Jay Z in the musical field. The brand also supports polo and golf through competitions, since: “The connection comes from sharing. By not sharing, we lose. At Hublot we have been fortunate, and it is our duty to share part of that success ”.

With Jean-Claude Biver and Ricardo Guadalupe still at the helm, Hublot is also the first luxury brand to launch an online television service (Hublot TV), and it continues to explore revolutionary new interactive platforms. From a commercial point of view, the network of exclusive boutiques and authorized distributors has grown since 2007-2008 and currently has 750 points of sale and more than 70 exclusive boutiques in some of the most prestigious places in the world (Geneva, Place Vendôme from Paris, Madison Avenue in New York, Miami, Beverly Hills, Las Vegas, Cannes, Saint Tropez, London, Berlin, Munich, Moscow, Warsaw, Prague, Singapore, Shanghai, Beijing, Hong Kong, Dubai, Abu Dhabi, Kuala Lumpur , among other).

Anchored in the present and constantly evolving, at the forefront of new advances in technology and fundamental research of new materials, Hublot remains committed to traditional wisdom, creating watches that bear the mark of the most talented watchmakers. In this way, the brand represents the Art of Fusion between watchmaking culture and avant-garde technical development, between the past and the future … in the words of el Presidente de Hublot, Jean-Claude Biver, y del CEO, Ricardo Guadalupe: “no se trata de romper con el pasado, por el contrario, le rendimos tributo al conectarlo con el futuro”.

Brian Halligan is co-founder and CEO of HubSpot

James Quincey is Chairman and CEO of The Coca-Cola Company

Want to join the discussion?
Feel free to contribute!